The following street-crossing strategies are based on erroneous assumptions. Using these strategies not only provides a false assurance of safety, the strategies themselves can actually increase vulnerability and risk. 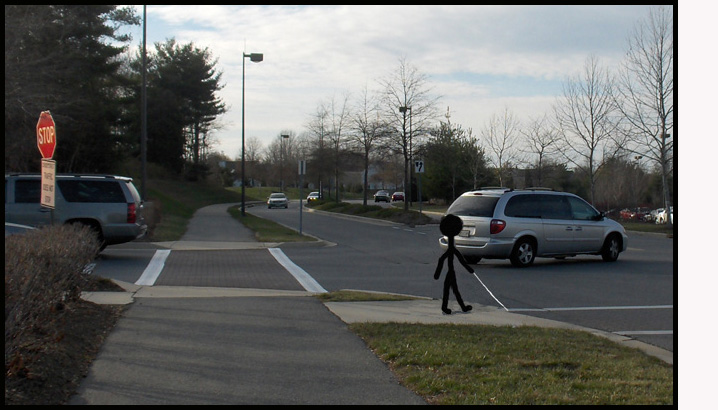 Suppose you are crossing a street that has no stop sign,
but there is a stop sign for traffic on the street beside you (the "parallel street").

This unreliable strategy suggests that you

Ann Marie McLaughlin, P.E. and I collected data related to this strategy at 7 different intersections. Afterwards, I took the following photos of 3 of the intersections we are studying -- all the scenes occurred within 5 minutes of starting to take photos. Where possible, I inserted figure drawings to indicate where the blind pedestrian would be if she crossed with the parallel car from the stop sign. 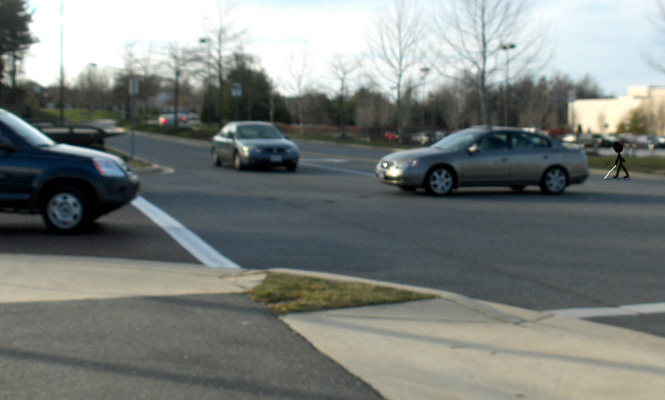 The next 5 photos were all taken at one intersection. The first 3 photos have stick figures showing where a blind pedestrian might be if she crossed as soon as she was sure the vehicle at the stop sign beside her was not turning. In each case, a car is approaching which would have to slow down or stop to avoid hitting her.

[Note: In the photo to the left, the car approaching the intersection on the main street is not turning, it is in the lane to go straight. We actually witnessed a crash in a similar incident on this street while we were collecting data a few weeks earlier.]

If a pedestrian crossed with this van, she would be on a collision course with the vehicle approaching from her right (to our left in the photo). 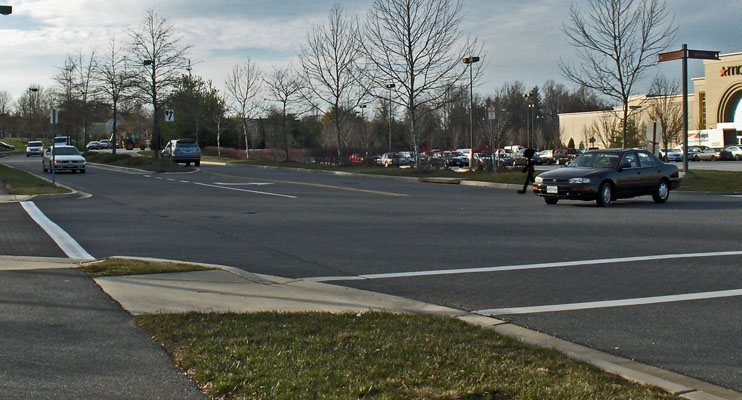 In this photo, the driver is turning left, and the stick figure shows where the pedestrian would be if she had started to cross at the same time that the car surged forward (she would still be on the curb if she had waited to be certain that the car was not turning right). 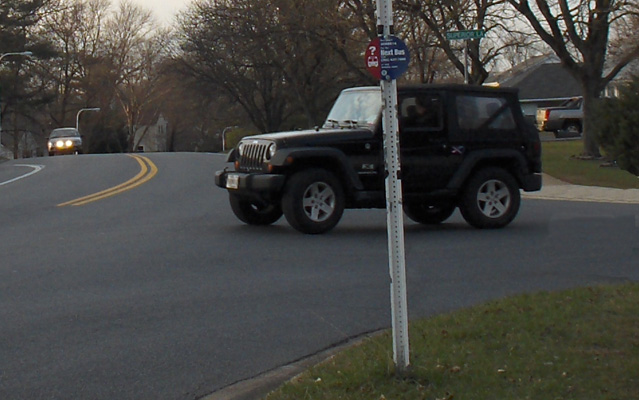 This photo was taken at another intersection. If a blind pedestrian was on the far corner and crossing as soon as she was sure the vehicle wasn't turning right, she would be just starting to cross and would be in the path of the car from her right.
The 2 photos below show another intersection. The first shows a child crossing there on her way home from school. The second photo shows a car that just finished turning left from the stop sign, and a stick figure where a pedestrian would be if she started to cross when the car pulled into the intersection. 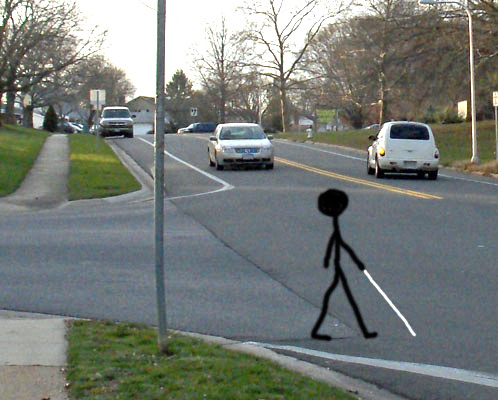 MYTH BUSTED - this strategy is based on false assumptions of safety, and could increase the risk of crossing because the vehicle beside you will mask the sounds of the vehicles on the street you are crossing and might make it more difficult for the other drivers to see you. 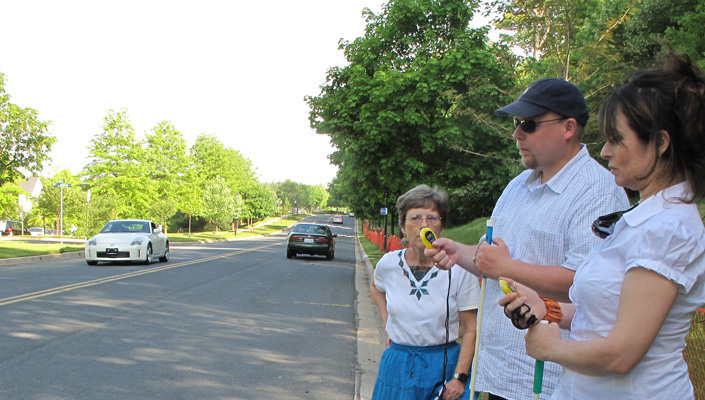 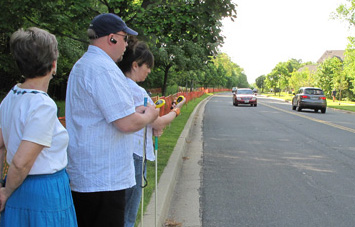 This strategy assumes that receding vehicles

Experimental analysis of the theory:

Testing at three busy rural and suburban two-lane streets reveals this assumption to be false. At each street, I used a stopwatch to measure the time from when a perpendicular vehicle passed in front of me until I heard an approaching vehicle, then measured the time until that approaching car reached me.

Almost half the approaching vehicles reached me in less time that the passing vehicle's receding time, sometimes by as much as 60% less than the time that the first car had receded (see Table 2 below).

MYTH BUSTED - this strategy is based on a false assumption and if it is used, it could actually increase the risk because the sound of vehicles approaching your crossing are masked by the sound of the vehicles receding from you.